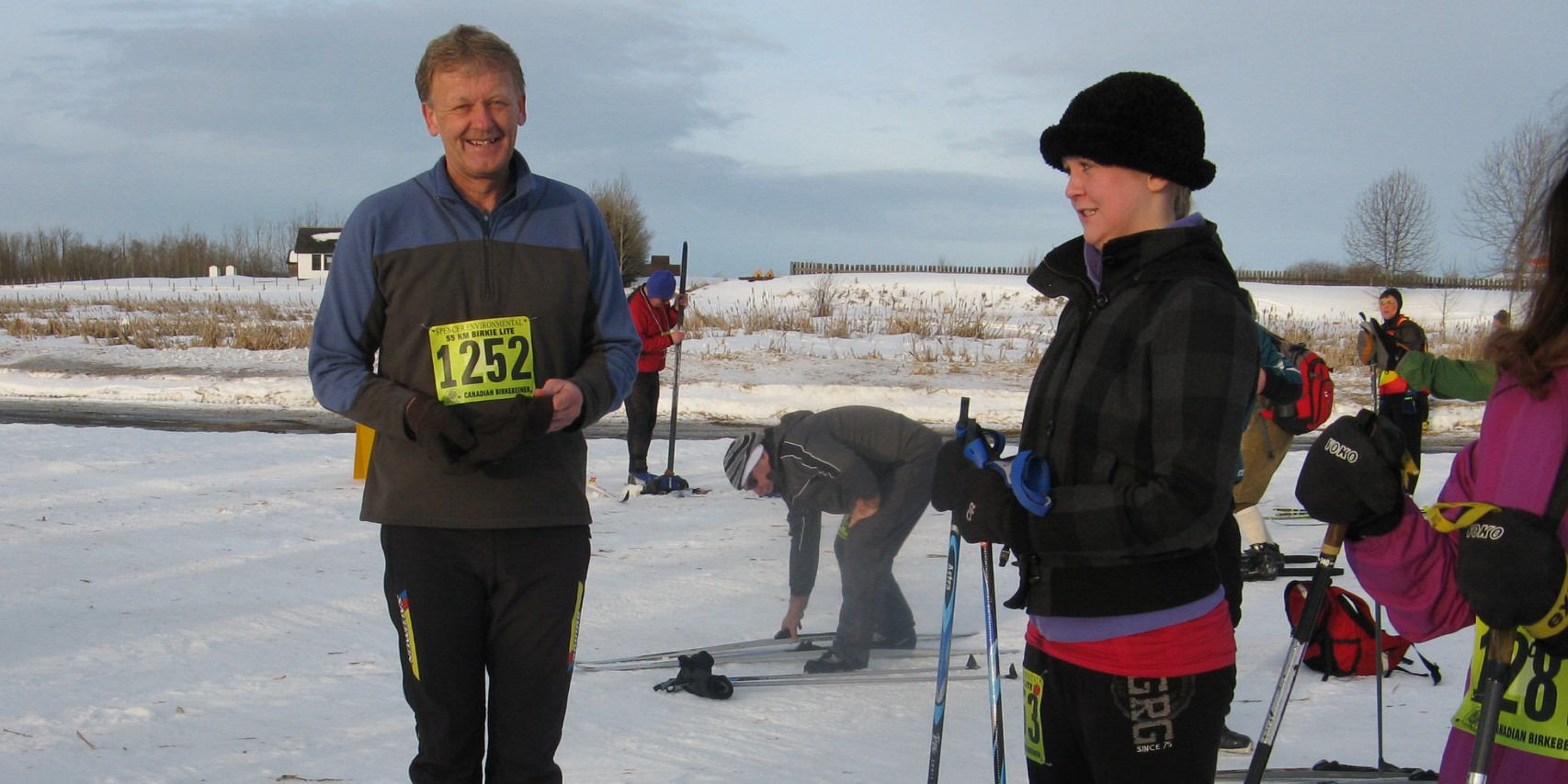 My most memorable/touching Birkie story doesn’t necessarily come from the race itself but from an encounter at the Vikings Feast after the big race. After 6 years of doing the Birkie Lite, in 2017, I thought it was finally time to go to the feast and see what it’s all about. And of course I was not disappointed with all the great food, prizes, and a room full of friendly people. But what was the real treat was that my mother and I just happened to sit at a table with Birkie legends Phil and Cathy Dunn and others who have been involved in the Birkie for many years.

We had a great conversation, and I heard many stories of the beginnings of the Birkebeiner. But what really struck me was after I had mentioned I had been carrying my late father’s bib with me these past few Birkie’s and that’s when Phil told me that he also just crossed the finish line with a memento of a loved one who had passed away as well. I nearly broke into tears when he told me because it was so touching and made me realize I am not the only one carrying more than just myself across the finish line.

My Dad was the one who got me into XC skiing and I cheered him on when he left to go do the Birkebeiner. It wasn’t long until I did my first 55km Lite Birkie with him when I was 15 years old and I have not missed one since. I know for a fact that my Dad would not have missed one either if he was still around. That’s why I carry his bib from 2014, the last Birkie he did; to give me more motivation to keep going so I can make sure we still finish. So if you see someone racing with two different bibs, it’s just me and I didn’t steal anyone’s bib!

This year will be my 8th Birkie and the 4th without my dad beside me. But I will always have his bib close to my heart. And after meeting Phil, I know I am not the only one crossing the finish line for someone else and I think I can say that for most of us, the Birkie is so much more than just a race.